Venezuela and the Cuba Connection

Some interesting information regarding the Venezuelan crisis was recently shared with me. What follows are some of the points the commentator made.  You can easily verify most of this information with a little checking.  I've also added more information to make it easier for those willing to do a little digging.

1. Cuba has been involved in the country of Venezuela for over 20 years.
2. Cuba helped Hugo Chávez get elected in 1999.
3. Mr. Chávez was a Communist puppet, controlled by Cuba. 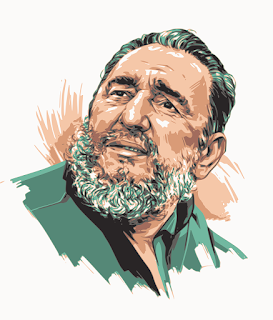 4. Cuba wanted control of Venezuelan oil wealth to finance Communism in Central and South America.
5. In 2003, Chávez nationalized all of the companies that controlled oil production in Venezuela.
6. Since that time Venezuela has been supplying Cuba with cheap oil. [Or practically free.  If it is not outright free, it is heavily subsidized by Venezuela. Why do you suppose Venezuela does this while its own people are hungry?  https://capx.co/as-venezuelans-starve-maduro-gives-oil-away-to-cuba/  https://www.reuters.com/article/us-venezuela-oil-imports-exclusive-idUSKCN1IG1TO  https://oilprice.com/Energy/Crude-Oil/Why-Is-Venezuela-Still-Sending-Subsidized-Oil-To-Cuba.html ]
7. Since 2003, all foreign businesses have been nationalized, first by Chávez and then by Maduro, who is the current president.
8. Cuba has between 50,000 and 100,000 military men working in Venezuela. [This has been denied by Venezuela since it was first reported in 2014.  In the summer of 2017, OAS Secretary General Almagro told the US Congress that Cuba had an occupying army of 15,000 in Venezuela as of that date.  https://panampost.com/orlando-avendano/2017/07/20/cuba-has-occupying-army-in-venezuela/?cn-reloaded=1 and https://www.breitbart.com/national-security/2019/02/08/u-s-admiral-maduro-distrusts-venezuelans-so-much-he-uses-only-cuban-bodyguards/ ]
9. Cuban military is currently protecting Maduro and keeping him in power. Under this arrangement it is not very likely that the military will turn against Maduro. Cubans won’t mind killing Venezuelans if there is an uprising against Maduro.   [ Once again, there are reports of Cuban snipers. The main task of the Cuban elite forces purported to be in Venezuela is to keep tab on Venezuela's military leadership.  Cuba's greatest fear is that the Venezuelan generals will turn on Maduro, ousting him from power.  https://panampost.com/orlando-avendano/2017/07/20/cuba-has-occupying-army-in-venezuela/?cn-reloaded=1 ] 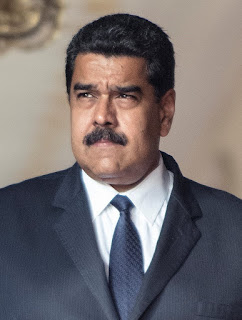 10. Hezbollah is also working in Venezuela in the production and distribution of drugs, most of which ends up in the USA. [Hezbollah worked with Chavez during the Obama years ( https://freebeacon.com/politics/the-iran-hezbollah-venezuela-axis/ ), supports Maduro (https://panampost.com/sabrina-martin/2017/08/09/hezbollah-announces-support-for-venezuelan-vice-president-el-aissami/ ) and is most certainly there , at the very least, with the welcome of Maduro, exploiting Venezuela's vast reserves of gold.  https://english.alarabiya.net/en/News/middle-east/2019/01/14/-Hezbollah-exploiting-gold-mines-in-Venezuela-politician-reveals.html Hezbollah is very heavily involved in the South American drug trade and has been for a long time.  https://www.rand.org/blog/2019/02/hezbollah-is-in-venezuela-to-stay.html ]
11. Under Communist control, the government of Venezuela does not care if a few million people die by whatever means, as long as they keep dictatorial power over the people. [I have reports directly from residents of Venezuela who are doing all they can to help their neighbors, who are starving.  They tell me that the average Venezuelan has lost 20 pounds from starvation.  It has been possible to get aid to them from North America, but that might not be possible much longer.  Maduro is denying there are shortages, but he is simply lying. Unfortunately, he is moving to keep aide from entering Venezuela along with lying to his people and telling them that the US is poisoning the food.
https://www.reuters.com/article/us-venezuela-politics-military/venezuelan-troops-to-remain-on-border-ahead-of-aid-entry-minister-says-idUSKCN1Q81Z2 ]
12. THE USA IS BUILDING A LARGE SUPPLY OF FOOD AND MEDICAL AID ON THE BORDER OF VENEZUELA IN COLUMBIA. [Maduro is telling Venezuelans that the food the US is amassing for refugees at the border has been poisoned, and that the US wants to kill everyone in Venezuela and take their resources.https://www.reuters.com/article/us-venezuela-politics-military/venezuelan-troops-to-remain-on-border-ahead-of-aid-entry-minister-says-idUSKCN1Q81Z2 ]
13. Maduro has vowed not to let any food aid into the country. He has declared the army will stop any attempt to get food in. [We may find out on Saturday.  To take this lightly is to have your head in the sand.  The self-proclaimed and "true" leader of Venezuela, backed by 50 countries and counting, says that US stockpiled food aid will enter the country from Colombia on Saturday, February 23, and is calling on the military to help.  Maduro is claiming there is no problem and is vowing not to let the aid in.  http://www.arabnews.com/node/1455111/world ]
14. The Maduro Government was on radio and TV across Venezuela last weekend stating that the food and medical aid from the US was poisoned. Supposedly the US wants to kill everyone in Venezuela so they can steal the wealth of the country. [Maduro is the hero of the poor (those who were poor before Chavez took power).  The healthy-looking, well-dressed, well-fed people being paraded as proof that the vast majority of Venezuelans support Maduro are those poor, whom he feeds, clothes and houses, as long as they remain his "useful idiots."  Both Maduro and Chavez, before him, have never actually had a problem with slaughtering anyone who stands against them.  That includes randomly firing into crowds of protesters, and running them down with motorcycles. ]
Posted by Dave Cottrell at 6:01 PM No comments: Links to this post

Snowmageddon is upon us on the BC south coast. Or not.
So... now BC Ferries is cancelling sailings in anticipation of the weatherman being right. Here's the thing: The folks at the weather bureau have been predicting Winter Armageddon for days, now, and it hasn't happened.
Every day for over a week, my phone has had "extreme weather alerts" on it. Since when is a wind chill factor of -20 Celsius (-7 Fahrenheit) something to be scared of? Where has everyone been living? Florida??
Yeah, it's cold, but hey, button up your shirt, maybe put some socks on in your sandals, and for Pete's sake, switch to long pants for a couple of days! 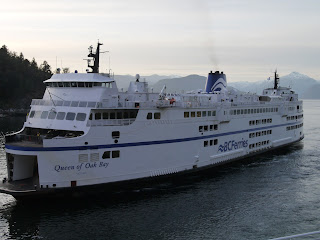 Then the weatherman started sending out extreme weather alerts about heavy snowfall, day after day, anywhere from 0 to 2 cm. Wow! That's almost an inch!! The horror of it!
I carefully scanned the sky, hour after hour, yet nary a snowflake did I see, at least apart from the folks who think Donald Trump is going to end the world... but I digress...
Then they said, no chance of snow, but now we would get extremely high winds. Shingles might come off your roof! I have a hint for you: If you live on the west coast and shingles are blowing off your roof, they either weren't installed properly or they've been on there too long. The wind blows, here, people!
But... it didn't. It blew out on Howe Sound and the Salish Sea (Strait of Georgia), and did some real damage in Horseshoe Bay.
But what it did here... is started snowing. Throughout the day on Sunday, the weather folks tried to keep up. They predicted less than a "skiff." Everything turned white. They predicted 0 to 1 inch. That was passed in the first hour. They predicted no more than 2 inches in some areas. Passed again. They started predicting 10 inches of snow and calamity upon calamity. It might have reached 4 inches. Maybe.
Now, they predict another 10 inches on top of the 10 inches that was really no more than 4 inches, and they're cancelling ferries in advance of this apocalyptic event.
But the weatherman has a better chance of winning the lottery than calling west coast weather accurately!
My weather stump in my front yard is more accurate. Yesterday morning, it was stump-coloured. Early in the afternoon, it was turning white. Stump prediction: SNOW! ACCURATE!
Today, weatherman prediction is a snowpocalypse. Ferries are being cancelled. Guess what... 3 pm. NO SNOW. Snow on stump from yesterday: Maybe 2 inches.
Ferries - get to the lineup early if you want to get on. A lot of people will be doing the same thing. Because they're going to roll the dice and trust the weather bureau - AGAIN!
Here is my advice to BC Ferries: Put a little pressure on those looking after the roads to maybe be prepared to do a little salting and plowing in the event that it snow. Talk to Victoria about making it mandatory to have M+S or Snow rated tires on in ALL regions when winter officially arrives.
Otherwise, I might just have to take my BIG. OLD. RUSTY. 4WD truck for a drive. Hit this, suckers!

Posted by Dave Cottrell at 2:58 PM No comments: Links to this post

Sites we Link To